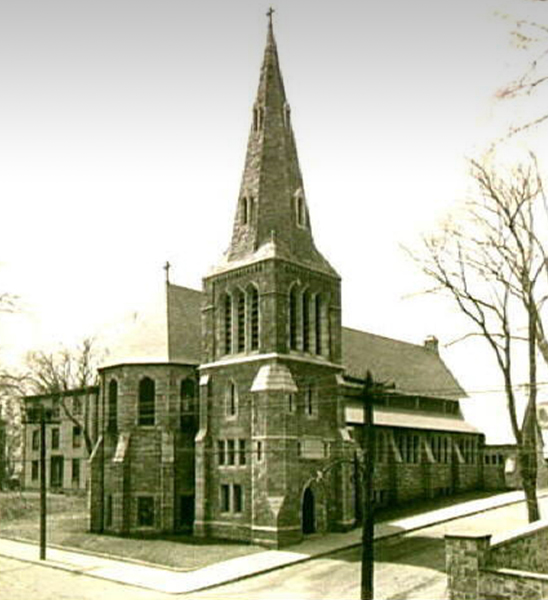 The town of East Greenwich was officially founded in 1677.  The earliest settlers were primarily Quakers and Baptists. Through the 17th and 18th centuries, East Greenwich remained an agrarian community. A small port developed along the waterfront and support for limited merchant trading grew.

Following the Revolutionary War, there was not great tolerance for things British in New England, including the Anglican form of worship.  However, Rhode Island was founded on the principle of religious tolerance, and four Episcopal churches were established in the state.

Some East Greenwich members of St. Paul’s in Wickford and others, who had been attending services of the Catholic Congregational Society of East Greenwich, began to meet together for worship in the Kent County Courthouse under the leadership of the Reverend Sylvester Nash. He began traveling across the bay from Bristol to lead services in the Anglican tradition using the Book of Common Prayer.

In 1833 this group of prominent East Greenwich residents called the Rev. Nash to found and lead an Episcopal parish that would be named St. Luke’s. By 1834 the church was incorporated and had constructed a wooden structure facing east and entered from Pierce Street. By 1838 the parish had 42 members. The Rev. Nash retired in 1840, with The Rev. William Moore succeeding him as rector for one year and Dr. Silas Axtell Crane beginning his 31-year tenure as rector in 1841.

During this same time period, the Stonington Railroad had completed the installation of tracks through the center of the harbor district, providing rail service to New York and later to Boston. Over 34,000 tickets were sold at the Duke Street train station sold in 1876. The introduction of train service led to commercial growth in the town and, ultimately, growth in both the town and parish populations.

The Rev. George Pomeroy Allen, was called as rector in 1875 to lead the church and oversee construction of a larger building. The old wooden church structure was sold and moved (without the Bishop’s permission, incidentally). The cornerstone for the St. Luke’s we continue to use today was laid on October 30, 1875 and the first service was held on Christmas Day in 1876.

The town grew through the mid-19th and early 20th century with the introduction of steam-powered textile mills that were staffed by an influx of immigrant labor. Many Irish Catholics and Lutheran Swedes settled in East Greenwich. The new residents worked in the textile mills, on farms, on the docks of the harbor and in retail shops along Main Street.

Under the leadership of Rector Daniel Goodwin between 1879 and 1893, many parish organizations began to emerge, initiating a strong tradition of lay activity at St. Luke’s. Lay groups such as the Ladies Guild, the St. Luke’s Guild and the Parochial Aid Society formed to promote the work of the church. This promoted further growth, and the leaders of the parish moved to construct a Parish House to provide space for the activities of these lay groups. That building (on the northeast corner of Pierce and Church Streets) was completed in 1896. 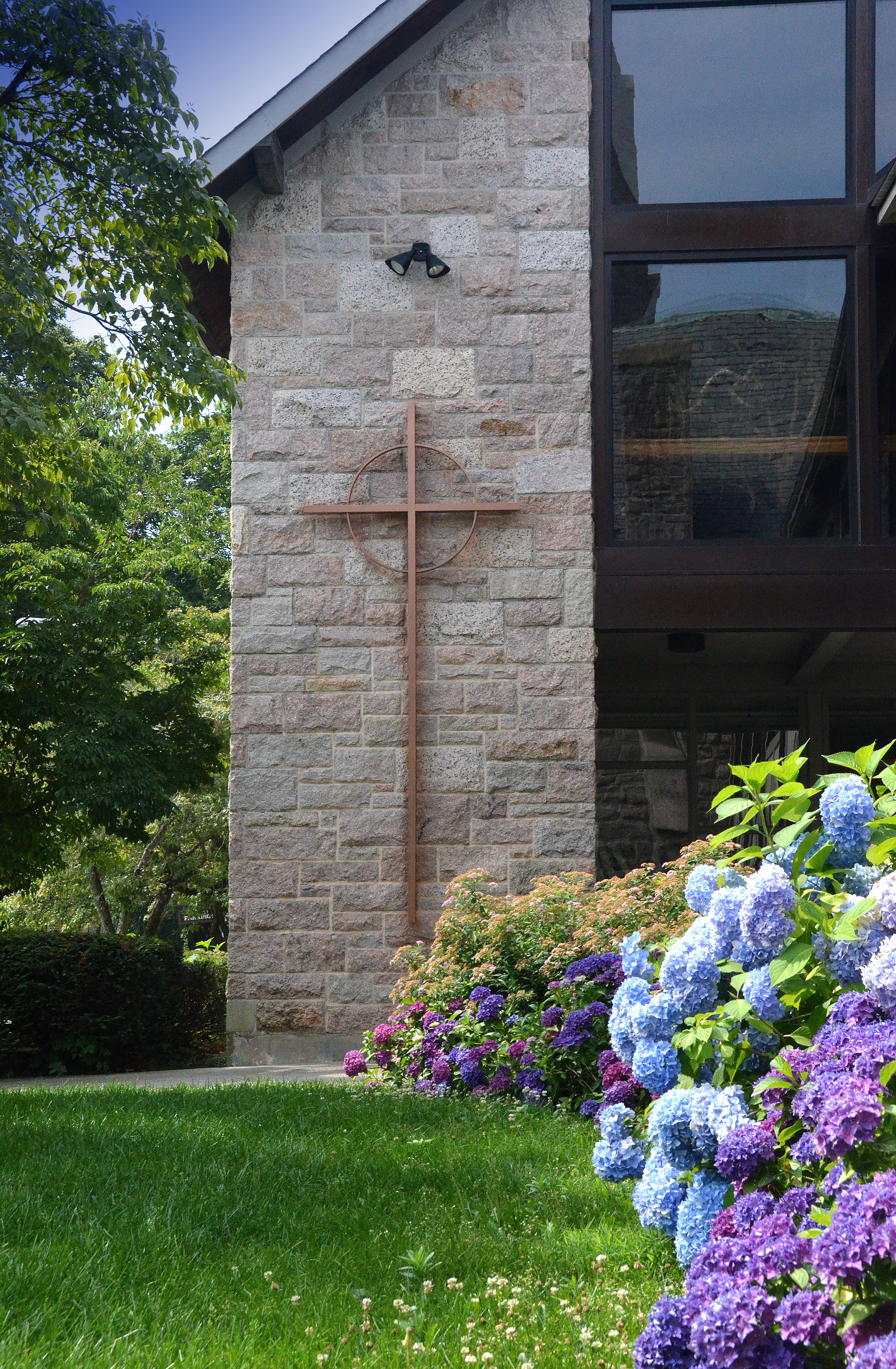 The Rev. Francis Whitcombe became rector in 1894 and continued the organizational development of the parish. Involvement of the laity continued to grow. The women were active in supporting local missions including the Neighborhood Cottage in Scalloptown – an outreach to the poor living in shacks down by the waterfront. The men of the parish actively participated in the work of the church but with fewer organized groups. The Altar Guild and the Parish Aid Society were founded and supported by the women of the parish. The choir formed in 1899. Youth groups like the St. Luke’s Messenger Corps (for boys 7 to 14), the Girl’s Friendly Society and Ministering Children were also formed.

At the turn of the century, with a parish community of 135 families, The Rev. William Worthington was called as the new rector in 1899. East Greenwich had a new town hall, and the first trolley car ran from East Greenwich to Narragansett. Kent Academy became the East Greenwich Academy and made a great contribution to the cultural life of the community. Music at St. Luke’s went through various stages of development starting with an all male contingent singing at Christmas and Easter and on occasional Sunday evenings. Women were allowed to join later and eventually the choir was singing regularly at the 11am Sunday morning service. By 1900 the parish community included 135 families.

The Rev. Worthington was succeeded by The Rev. James P. Conover in 1915, who left soon thereafter to serve with the Red Cross as chaplain to the troops overseas. The Rev. John Merritt Hunter served as supply clergy until called as the rector in 1918. It was during Hunter’s tenure that church tower, spire and chimes were donated in memory of former rector, The Rev. Daniel Goodwin, by his widow. To engage the younger women of the parish, a Junior Auxiliary was created which was later absorbed by into the Episcopal Churchwomen of St. Luke’s. The Women’s Auxiliary Senior branch voted to join the Federation of Women’s Societies in Providence and delegates were elected to attend those meetings. The marks the first appearance of St. Luke’s women on the Diocesan scene.

By the 1920’s, the church moved from pew rental to annual pledges to fund its budget. Transition was not easy, and the vestry became responsible for the annual every-member-canvass for roughly the next 50 years. Funding the budget during this period of change was challenging and Rector Hunter determined that new leadership was needed for a fresh approach. The Rev. Charles Albert Meader was called as rector in 1925 and while the canvass continued to be a challenge, a new approach coupled with changes in budgetary practice were successfully introduced. Early in the 1930’s, the Annual Meeting inclusive of budget approval was moved to January and attention turned to celebration of St. Luke’s 100th anniversary. On Palm Sunday, 1942, Mr. Meader announced his retirement and was honored with the title of Rector Emeritus for life.

From the late 1930’s right through the 1960’s, East Greenwich continued to change from an agrarian town with a small but active Main Street into a suburban town, serving the needs of professionals from the Providence metropolitan area and workers from the new Quonset Point Naval Air Station in nearby North Kingstown. The Rev. John L. Pickells was called as rector in 1943 and shepherded St. Luke’s continued growth as young families moved into town during this post-war period. By this time, the idea of a chapel, originally suggested by former Rector Meader, was approved and built in the undercroft beneath the chancel as a memorial to parishioners who had served during World War II.

With space increasingly at a premium, Sunday school classes were spread out all over town from the East Greenwich Free Library stacks to the Public Welfare building. Plans for a new Parish Hall and Sunday School wing were drawn and construction began in 1961. The old Parish House was sold and in June of 1962, the new Parish Hall and education wing were opened. From the time it first became available, church leaders recognized the value of the space, and developed rules for sharing the space with other community groups (a tradition that continues to this day). Sunday morning services were full to overflowing and St. Luke’s found itself looking for a new rector in 1963. The Rev. Alfred Warren Burns was called by the vestry in January 1964 and soon thereafter, the church called its first curate, The Rev. Clifford Carr. Rector Burns remained at St. Luke’s until 1986, when The Rev. David Marston Gillespie was called.

The 1970’s were a time of change for the church.  Attendance fell off for a variety of reasons. While a general questioning of traditional values was occurring throughout the country, East Greenwich and St. Luke’s were dealing with specific issues closer to home. The Quonset Naval Air Station was closed in 1973 and some of the older “established” members of the parish retired and moved south. Changes in liturgy, the introduction of the new Book of Common Prayer, and the debate over the ordination of women were all challenging strongly held traditions. But the 1970’s and 1980’s were also a time of renewal. In the Diocese of Rhode Island, the Cursillo movement was generating some new energy among the laity and the clergy. Lay involvement in the liturgy also increased through this time, including the use of Lay Readers to administer the chalice, read the lessons, and participate in the intercessions. In 1977, girls first entered the Acolyte Guild. Through the 80’s and 90’s, the size of the parish remained stable with approximately 1000 communicants. At the same time, East Greenwich developed into a desirable bedroom community with the highest per capita income in the state. 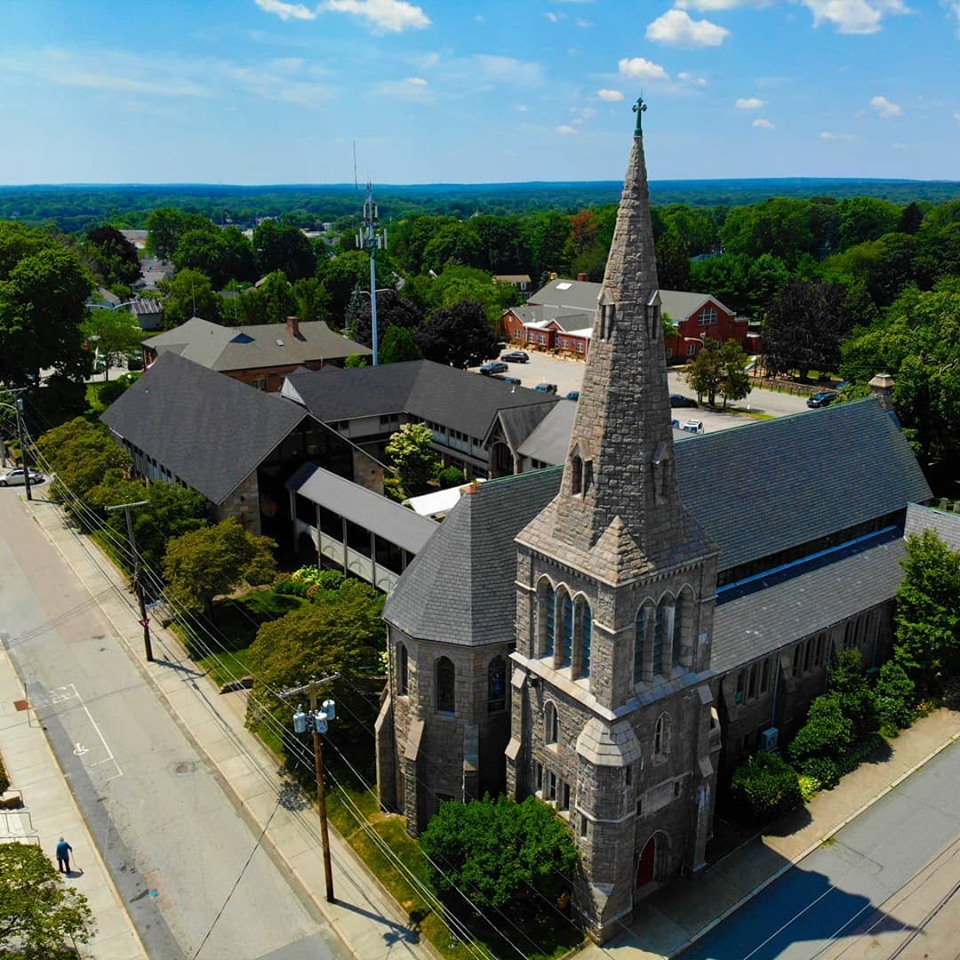 Moving into the New Millennium

The 1990s period of renewal energized our parish and The Rev. Craig Burlington was called in 1992 to shepherd the needs of a growing congregation and its mission. In 1998, he and the vestry initiated discussions of a capital campaign to renovate and expand the Parish Hall, complete with a loggia ‘closing the circle’ of worship, parish hall and classroom spaces. Leaders of the campaign included The Honorable John Chafee as Honorary Chair, Ronald Clement as Chair, and Edward R. “Bud” Koeniger as Building Committee Chair. Michael Abbott, of Newport Collaborative, Inc., was selected as the architect and O. Ahlborg & Sons, Inc. served as the general contractor.

With the successful $1.38 million campaign, St. Luke’s gained the baptistry, a newly designed courtyard, expanded classrooms, music and meeting spaces, and refurbished office spaces, the hospitality room and east vestibule. These additions were enhanced by new landscaping, windows, storage units and a very special gift to grace the atrium entrance area. Depicting the campaign theme of “Launch out into the deep and let down your nets”, parishioner Sandra Basile was commissioned to create the 7’ x 7.5’ mosaic that now hangs in the atrium as parishioners pass through the new entryway and make their way to newly designed courtyard. Dedicated on Pentecost Sunday in June 2000, the mosaic and book of remembrance can be viewed and remind all of how this parish came together to complete the circle of worship areas, community and parish spaces, and gathering areas for all who enter our walls.

St. Luke’s has lived into this expanded facility, becoming an inclusive Christian community supporting a structure of flexible service options to accommodate a variety of personal preferences. After the retirement of Fr. Burlington in 2011 and a two-year search, the church invited The Rev. Timothy T. Rich as its new rector, embracing an “all are welcome” theme to strengthen further its parish-community connection. Indeed, in any given month, just over 200 meetings, programs, or events are scheduled in our facility, serving support group participants, interfaith groups, community music and theater programs for youth and adults, leisure learning and exercise for adults, and feeding and outreach ministries to serve community members locally and statewide. In 2017, St. Luke’s committed itself once again to staffing a curate, The Rev. Dante Tavolaro. In 2020, when Fr. Tavolaro left to lead his own parish, The Rev. Tanya Watt came in as Assistant Rector to continue this ministry and support our parish life as we navigated the COVID-19 health crisis.

With close to 1,100 members in good standing, St. Luke’s seeks to be a beacon for the community, drawing faithful people of diverse backgrounds and talents to worship and serve God together in a spiritually rich environment. Our worship thrives as Sunday services and Tuesday healing services gather 200-300 participants weekly to share the Eucharistic and “celebrate the good news of a Jesus who is all about compassion, kindness, grace, forgiveness and relationship”.  We invite you to come and see for yourself!