“His Name is John” 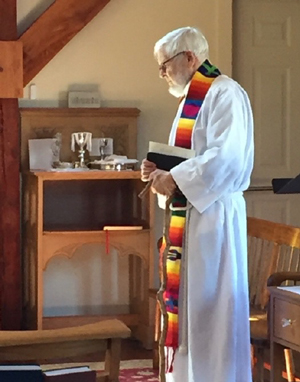 A controversy. Elizabeth and then her husband Zechariah find themselves being challenged by some traditionalist priests over what to name their child. What’s the big deal? What’s in a name? Wouldn’t a child born to an elderly barren couple smell as sweet regardless of what he was named? But clearly, God had a reason that this baby must be named “Graced by God”, period.

For many reasons, the traditions and power of naming across all cultures has always fascinated me.

This wasn’t the first time God got involved in naming and name changing. Generations before John the Baptist was born to Elizabeth, Yahweh had promised another old man named Abram, the “Exalted Father”, whose wife Sarah was long past child bearing age that she would bear him a child. And with that promise, God changed his name to Abraham, the “Father of Multitudes”. So, sure enough, a couple of generations later, God delivered and once again played the name game, this time, after a wrestling match with Abraham’s grandson Jacob. That was when Jacob became Israel and went on to establish a nation of multitudes that generations later would number among them, this man God named John.

In keeping the promises made to Abraham and Sarah; Jacob and Rachel; and Elizabeth and Zechariah, God, through naming, is empowering ordinary women and men to participate in partnerships that literally transform the world as it was known to them in their time. And, in each case, these couples had very long advent seasons indeed.

About 40 years ago, I believe God sent me a clue as I was reflecting on the story of Michael and the war in heaven that earned him his name as he cast out Satan who thought of himself as equal to God. That was when I realized that if Michael’s name meant “Who is like God”, I was required henceforth to punctuate it with a question mark. I know that was a transformative moment in my life. That helped me stop trying to do life alone and get back to the partnership with God that is the birthright of each of us.

So, in thinking about my personal Advent this year, the story of John the Baptist’s naming brings me to wonder what mission God may be considering to offer me as I continue the rest of my earthbound journey. My Advent prayer is that I hope I will be able to recognize it when God names it.