Mary Magdalene and Easter at St Luke’s, Balm for my Soul 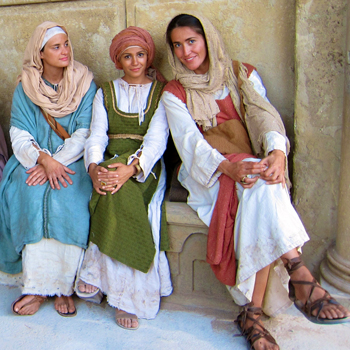 Eight years ago, when my husband and I decided to move to Rhode Island, the very first thing I did was look to see if there was a Jesuit Parish in the entire state. There is not. A story for another day.

Many Sundays after we moved here, I went ‘church shopping.’ We had found a place to call home, I had connected with old friends, and I had even made some new friends. However, something was missing. I did not have a spiritual home. Until in the late part of our first summer here I was walking out of the EG Library, and I noticed the sign in front of St Luke’s that lists the service times, and a healing service.

That very next Sunday, walking through those beautiful red doors, I took it all in; the majestic stained glass, the glorious music, a charming family sitting in the far-left side of the church (the McNamaras, I later learned). I waited until the very last minute to sit because it looked to me that people seemed to own their pew. Maybe that was an Episcopal thing…I didn’t know. This was all new to me. And then, the next thing I knew, a woman started to preach. What? I had not seen that before. I looked around, no one else seemed to be alarmed so I settled down and listened.

I was beginning to feel like I was home. And then, this woman preacher, she wept at the pulpit! Is that a thing? I had definitely never seen THAT before. I knew I was home.

A woman preaching on Sunday was the something that I had been yearning for. Maybe I HAD seen it before, on the very first Easter perhaps.

So this Sunday, I imagine Mary Magdalene’s Easter morning and consider women and Jesus.

Luke 20:16-18
Jesus said to her, “Mary!” She turned and said to him in Hebrew, “Rabbouni!” (which means Teacher). Jesus said to her, “Do not hold on to me, because I have not yet ascended to the Father. But go to my brothers and say to them, `I am ascending to my Father and your Father, to my God and your God.'” Mary Magdalene went and announced to the disciples, “I have seen the Lord”; and she told them that he had said these things to her.

Let’s unpack this. Mary arrives at the tomb that morning. Her heart must have been so heavy and I’m sure she was utterly exhausted. The first thing I notice is, Jesus calls her by name “Mary” and she, although she ‘knew’ he was dead, she recognizes his voice and answers. I see her move to touch him-because he cautions her not to. Their relationship was a deep intimate one. She had listened to him speak, she had watched him move so many times. She knew him by heart.

Mary, before any man, is given the privilege of seeing and hearing the risen Christ. That should tell us something about the place of women in Jesus’ kingdom. She is given the soul responsibility of communicating the fact that Jesus is not dead but is going to be with His Father to the disciples. Jesus chooses her. She was among the last to leave when he died on that cross and the first to come back to the tomb the next morning. A tower of strength, Mary Magdalene. And she was not afraid to appear foolish to the disciples. She knew what she knew.

Now, I understand why Jesus had to be a man…
I also understand why so often we refer to God as he…
I don’t necessarily like it, but I put it in my category of what I like to call FAITH. It works for me.

I also know this….

The first person who knew Jesus was a woman. She said “yes.”

It was a nameless woman who had enough faith to know that if only she could get close enough to Jesus to touch the hem of his garment, she would be healed.

God chose a woman to anoint the Messiah with oil.

A woman, His Mother was at the cross to hear Jesus cry. She stayed.

The first time the story of the resurrection is told, it is proclaimed by a woman. Side note: the men were not convinced to say the least.

On this day and really every single day, I am so grateful for this church for so many reasons. I am most grateful the spiritual feast that I find here…as a woman. The opportunity to both listen and be heard at St Luke’s on Easter Sunday, on every Sunday and all the days in between Sundays, is balm for my soul.