God ask us to be with Him 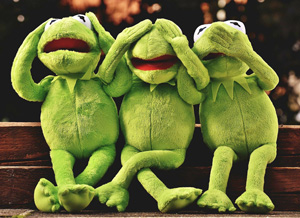 Jeremiah was a bullfrog.
Was a good friend of mine?
Never understood a single word he said
But we always had a mighty sad time.

When I received the readings I was assigned, I thought oh great, how depressing. I read them, put them aside, thought about them, realized I didn’t know much about Jeremiah so I needed to do some research. He was guided by God to proclaim that the nation of Judah would suffer famine, foreign conquest, plunder, and captivity in a land of strangers. He was a prophet who was concerned with the wickedness of the people and government of his time, people and a government that argued among themselves and judged others. Sound familiar?

Luke tells us Jesus cast the demon out of the mute man, then was challenged to prove his power by people demanding from him a sign from Heaven. Evil was tempting him to pride and arrogance. Are we not tempted every day to our own pride and arrogance?

God asks us to be with Him, to gather with Him, to love Him, and oh what our reward will be! He will bring us hope and unconditional love. Through Him we will build an indestructible foundation of faith.

As the book of Jeremiah says, “For surely I know the plans I have for you, says the Lord, plans for your welfare and not for harm, to give you a future of hope.”