He can be my castle and stronghold. 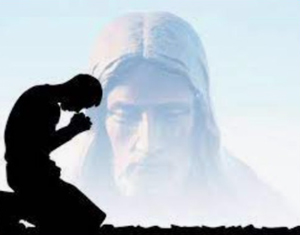 For a variety of reasons, I’ve been thinking a lot about shame recently. One reason is that Tim and I had the opportunity to attend an event at the Jewish Alliance of Rhode Island this past week. The evening was a conversation between a man whose father was killed by a white nationalist in a Sikh temple in Milwaukee, WI, and a former white nationalist who feels some responsibility for the mass shooting even though he was not a part of it. Elements of the evening were captivating. Afterward, I was able to ask the former white nationalist whether he still struggled with a sense of shame, and if so, how did he manage it?

He acknowledged that he did often still feel shame for the people he had hurt; at times it had even thrown him into a crippling depression. His main response to that shame, as he explained it, was to begin a meditation practice. (He has since become a Buddhist.) He described the act of meditating daily as a means to forgive himself, to remind himself that he could channel that shame into doing something good in the world, such as speaking around the country about the isolation, pain, and danger of being a white nationalist, with the hope of keeping others from it or coaxing others out of it.

As I read today’s psalm, I am reminded of this man, Arneault, and also of the times that I have felt ashamed. Shame is such a destructive force. Different from regret or sorrow, shame can paralyze us, drive us to hide, or worse. Truly, nothing good comes from it. And yet I would wager many of us feel it from time to time. So I am comforted by the psalmist’s words that if we take refuge in our Lord, we might never be ashamed. He can set me free when He inclines His ear to me – just the image of Him leaning in to listen humbles me and offers comfort! He can be my castle and stronghold. I need only remember this next time I feel ashamed and use it in my prayers as I struggle to forgive myself.